Impact of casting simulation on casting and foundry business 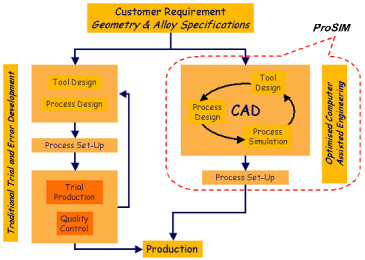 ProSIM has expertise in

ProSIM is partner of M/S Hitachi Japan, to promote and distribute their unique proprietary casting simulation software ADSTEFAN. ADSTEFAN has many unique features researched and developed at Hitachi Research Laboratories in collaboration with many universities in Japan.

Adstefan is developed by Prof Niyama (famous due to Niyama parameter!!) of Tohoku University.

By using ADSTEFAN software, ProSIM has assisted several hundreds of foundries in India and abroad for: